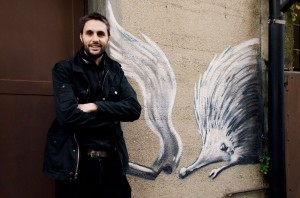 Born in Lugano, Switzerland, in 1982. He began his media career in 1998 contributing to RSI (Swiss National Radio & TV). From 2001 to 2006 he wrote, directed and edited several shorts, reports, documentaries and music videos. In 2002 he started cinema studies at the University of Bologna, graduating in 2006. At the same time he contributed to the ipotesICinema project, supervised by the Italian director Ermanno Olmi. From 2006 to 2008 he did his Master of Arts in Film at the University of the Arts in Zürich (ZHdK), for which Endsieg – Everything Changes in One Shot (2008) was his graduation film. From 2008 to 2010 he worked as assistant director on several feature films. His latest short film is Moving Forest (2010). Tutti Giù is his first feature film.